As many of you know I took yesterday off and was a voting observer in Cuyahoga County.

If you stayed up last night and were watching the reports come in for Cuyahoga county, you may have noticed that it took a long time for the last three precincts to report (or you may have noticed 99% of precincts reporting for a while).  As an observer last night at the Board of Elections warehouse, I can tell you the story of why it took so long to report those last three precincts. 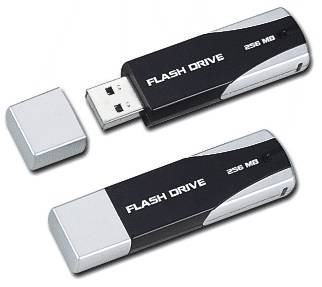 that went missing. In each of the 1117 precincts there are electrical scanners that read each of the ballots that the voter fills out by darkening a circle by the candidates name. Inside each of the scanners are memory sticks that record the vote throughout the day. At the end of the day the memory sticks from each scanner are removed and put into a thick clear plastic envelopes, sealed and tagged. This envelope ( or small bag), along with poll books, actual ballots in a large grey bag, provisional ballots, and unused ballots and supplies (each in a different case) are brought by a minimum of two workers from the polling location to a central drop off location. These items are then transferred to the drop off coordination team,  cataloged and placed into a van that is then taken downtown to the board of elections warehouse. All of the envelopes that have the memory sticks are placed in one bin per van.

At the warehouse, workers empty the vans and sort the different bags and bins. All memory stick bins are logged in as entering the building before being taken upstairs to the tabulation room. Inside the tabulation area a team opens the bins, breaks the seals on the plastic envelopes and removes the memory sticks. The sticks are then scanned and entered as having arrived into the tabulation room. The sticks are then transferred to another team (there were 3-6 people there at any given time) where one person stuck the memory stick into the tabulation computer to enter the data. This went on until about 1am, when they ran out of sticks to enter. It was at this point in time that they realized that there were three sticks missing. These were from (I believe Cleveland) 8N, 12M, and 14Q.

1. Upon emptying the envelopes, not all of the sticks were removed. (The team whose job it was to remove the sticks started to go through empty envelopes searching for the sticks).

2. The sticks were mistakenly placed into one the other bags coming form the voting location. Runners were sent to look for those supply bags to see if they were in them immediately. There was a minimum of five bags coming from each of the 1077 polling locations.

3. The poll workers could have mistakenly left the sticks in the scanners. Unfortunately the scanners were still at the polling location waiting to be picked up later this week.

At the same time as the other teams were looking for the sticks, a whole bunch of runners started to look for the original ballots to have them rescanned there in the warehouse. The ballots from each precinct is removed from the scanner at the polling location by a team of poll workers who then stack the ballots into a large bag which is then sealed. This bag is transported to the central drop off location with the memory sticks and other supplies and then taken downtown by teams in a van. The bags are unloaded, sorted, and taken upstairs into the ballot processing area where teams break the seal, transfer the ballots into an easily stackable cardboard box, labeled and sealed again. These boxes are then moved to another area of the warehouse where they are cataloged and stored for usually at least a couple of years after an election.

This processing and storing of the ballots was taking much longer than the tabulation of the memory sticks. There is one group of ballots from each of the 1077 polling locations that could either be in bags, boxes, or in the transfer area where the ballots are moved from the bags to boxes. Finally, the correct ballots were found and rescanned with the results recorded into a new memory stick. This was then entered into the central tabulation computer and then posted online.

Finally, where were these sticks? I don’t know, at some point it became a moot point because the chain of custody for the sticks were compromised.

In the past when I’ve seen lagging results like this, I’ve wondered what was going on for those last few precincts to report in. At least in this case, now you know.

I’ve been involved in election integrity issues since Jordan and I took part in the rigged 2004 recount here. (Several years later, two people were convicted for their role in the recount. This was overturned on a technicality and never made it to a retrial due to a plea bargain)