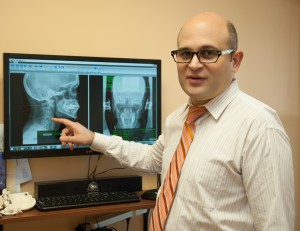 The key to unlocking the spine is in the upper neck. The atlas bone doesn’t have the boney locks that the rest of the vertebrae have and the tissue surrounding it is the most vulnerable to injury and misalignment. Upper cervical chiropractors focus on the upper neck because we want to start where we will have the most impact. We want to help patients get well quicker.

By focusing on the upper cervical area, cialis we can have a profound affect on the nerves and spinal cord, treatment dural torque, online and myofacial envelope. Our goal is to get people literally untwisted and balanced by adjusting the upper neck. Currently we are using the QSM3 procedure (which is an offshoot of NUCCA). After analyzing x-rays, posture, short leg, and weight imbalance, we can balance a patient’s spine with a light to firm pressure working primarily around the ears.

The Grostic procedure was the first orthogonal based upper cervical procedure. It started in the 1940’s in Michigan. The procedure implemented the idea that the atlas moves in a 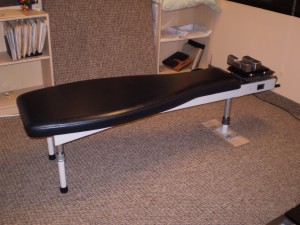 curvolinear fashion rather that and rotatory one. The Members of the Grostic organization went on to form Orthospinology, and NUCCA.

NUCCA (National Upper Cervcial Chiropractic Association) made significant advances in x-ray precision, both in taking and measuring x-rays. They made advances in understanding upper cervical biomechanics and categorizing misalignments into basic patterns. They also developed the idea of the Atlas Subluxation Complex and how the atlas misalignment affects posture. They pioneered the measurement of postural distortion with the creation of the Anatometer and Anatometer II.

QSM3 (Quantum Spinal Mechanics 3) is an offshoot of NUCCA (and Orthospinology) that also integrates postural distortion analysis, the concept of tensegrity and the myofacial envelope into the correction of the spinal misalignment. We currently view the upper cervical misalignment as a secondary response to the pelvic distortion. We stress the importance of decompression within the upper cervical correction.  QSM3 also assumes that most patients today have multiple traumas (thus a more complex misalignment) that respond better to a more complex algorithm for the correction.