Frequently, after the first adjustment, patients are amazed at how subtle yet powerful the adjustment is. For me it is amazing to see people lives change. Here is an essay written in (I believe) 1944, by an early pioneer of upper cervical work, Dr. BJ Palmer: 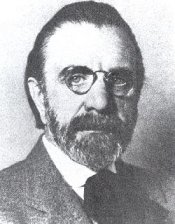 Man is a SMALL thing, worlds considered.  An axis vertebra is small, man considered.  The odontoid process, on an axis, is small.  An atlas is SMALL, man considered.  The neural canal, in an atlas, is also SMALL.  Yet, that axis odontoid process, small as it is; crowding in upon the atlas neural canal, small as it is, acts as a governor to the destiny of man’s  thots and functions; for it, in normal position permits a free flow, or in subluxation interferes with a free flow of all that force with which man thinks and acts.  Man lives when he CAN think and act.  Man dies when he CEASES to create thot and perform motion.  Man becomes sick when thot and function are below par.  Therefore, the inter-magnum-atlas foramen or the odontoid process may be a SMALL thing, but it is the BIGGEST thing in man.

So, atlas or axis specific adjustment of the inner-magnum atlas foramen or odontoid specific subluxation, to release pressures upon nerves, to restore normal quantity impulse flow, to restore health IS BIG enough to rebuild the thoughts and actions of the world.  The atlas or axis is a lever that opens or closes the tube passage thru which flows energy which controls quality of thot, in the brain, by static stoppage of flow above; and quantity of function, in the body, below, by active stoppage of flow.  The atlas or axis is a rheostatic switch, located close to the human-dynamo-generator; on the path of the great main feedline; which, because of multitudinous potential and practical possibilities, can cut current flowing into any number of fibers from one to all; from fraction to totality; from one part of the body to its entirety.  The atlas or axis, by opening or closing, controls living or dying processes and can make a man all present or all absent; make him half here or quarter gone.  Any one thing, at any one place, which controls force-flow, is a dominant factor for damage, if it stops it; a dominant factor for good, if it releases it.  In the hands of an incompetent fiend–one whose objectives are unsound–the hand that controls that switch, that turns OFF power, can darken the human city and commit human murder, even tho slowly.  In the hands of a competent friend–one whose objectives are sound–the hand that controls that switch, that turns ON power, can enlighten the nation and fool many a physician, surgeon, or undertaker.  And, it takes so little to turn that switch on or off.  Any adult can learn how.  It is a powerful weapon, for good or ill, in the hands of humanity, for the welfare of humanity.  If a person uses this switch to extract money from the sick, caring little whether he turns it on or off, that person is a menace to society; a criminal in desire, and his hands should be padlocked OFF that switch, and his feet leg-ironed so he cannot reach it.  If a person approaches this switch desiring to help humanity secure MORE POWER to think clearer, purer, and better thoughts, that man is a benefactor of the race; a humanitarian in desire, and his hands should be assisted to stretch out to reach every human atlas or axis switch; his feet should have wings, that they might reach them faster; obstacles in his path should be removed; hurdles cast to one side.  THAT SWITCH IS THE GREAT SPECIFIC BETWEEN GOD AND HIS MAN; for with that switch OFF, God is partially absent and His man is sick, insane, criminal, and a fiend in destructive thots and actions.  THAT SWITCH IS THE GREAT SPECIFIC BETWEEN GOD AND HIS MAN; for with that switch ON, God is entirely present in His man and he is well, sane, law-abiding, and a friend in constructive thots and actions.  The value of learning how, and the ability that can turn ON human specific switches, is beyond computation, in the bigger sense.  We do know what it costs our country alone to care for the unfortunates whose switches are TURNED OFF.

The idea that knows cause, that can correct cause of dis-ease, is one of the biggest ideas known. Without it, nations fall;  with it, nations rise.
The idea is the BIGGEST I know of.