This is an early version of my next Women’s Journal article: The Royal College of Physicians recently released a report that the use of e-cigarettes/nicotine vaporizers over regular tobacco products can reduce the long term health effects of smokers by 95%. This is 95% less cancer, heart attacks, strokes and lung disease than from smoking. […]

Medical Errors Are No. 3 Cause Of U.S Deaths, Researchers Say A study by researchers at Johns Hopkins Medicine says medical errors should rank as the third leading cause of death in the United States — and highlights how shortcomings in tracking vital statistics may hinder research and keep the problem out of the public […]

5-MTHF is 20% for the month of May. This is the only supplement that I have some patients on permanently.  A huge segment of our population (15-25%) have a genetic defect that prevents them from adequately converting folic acid to its final usable form. Folate is needed for proper development, reducing inflammation and pain, several detoxification pathways, for reducing allergic reaction, reducing depression and anxiety. This is a huge deal and it is the only supplement that I will put on sale twice a year.

I will be in Atlanta for the QSM3 conference on Friday, April 15th. I’ll be learning and teaching for this seminar. I’ll be back next Monday. Kathi and Jordan will be here without me.

I’m looking forward to implementing some improvements on the adjustment that have been in development over the last couple of months.

TheraSupreme is back in stock and 20% off for April. It is reformulated to be in capsule form. From the manufacturer: Thera Supreme is now in capsules instead of powder. Since its inception Thera supreme was available as a powder and indicated as a supreme anti-oxidant/phytonutrient and a supplement that clinically appears to help the […]

Morinda Supreme by Supreme Nutrition and Thorne’s Formula SF722 are on sale in February.  These are the best anti-candida supplements that I’ve found. I recommend them to anyone that has had antibiotics. Morinda Supreme comes in capsules and powder. It is powdered Noni fruit that comes from a tropical Evergreen plant. It has antifungal, anti-tumor, and […]

Supplements to stop weight gain: Happy New Year. The holidays are over. Many of us have gained a couple of pounds. For January, we have three supplements on sale: two to curb sugar cravings and one to keep from snacking and overeating. When you crave sweets, many times it is a mineral deficiency. The top mineral […]

Ah the holidays, a wonderful time for emotional and physical stress. For the month of December, two products to help reduce stress: Mucuna Supreme and Tulsi Supreme will be 20% off. Mucuna is a new product. It is the from the seeds of the velvet-bean. It helps with depression, anxiety, fatigue, high blood pressure, low libido. […]

This weeks Topic of the Week was originally published in the Woman’s Journal Magazine. By Dr. Michael Polsinelli I’m 40 pounds lighter this year and have kept it off for several months. I’d like to share some things that I learned, and some things that helped me lose the weight. Some thoughts on weight loss […]

Every fall I recommend just about everyone to start back on Vitamin D. We just aren’t able to produce enough of it this far north. I recommend 5,000 iu a day of Vitamin D for adults and 2,000 iu for children. Vitamin D is great for the immune system and I believe helps people from getting […]

Dan Shen Supreme helps with clotting issues, heart problems, detoxification, bacterial and fungal infections (including Lyme’s disease). It can also help with depression and low energy. From the Manufacturer: Dan Shen, also known as red sage or salvia miltiorrhiza, has been used in oriental medicine to treat many disorders and ailments for thousands of years. […]

We are taking Vita to college in Boston. We will be back for a late start on Monday morning (Aug 31st).

Probiotics are beneficial bacteria, and yeast that support our digestive system. Traditionally, probiotics were consumed with fermented foods such as yogurt, kefir, kimchi, sauerkraut, and pickles (fermented-not the stuff with vinegar and in a sealed jar). Because most of us don’t eat enough of these foods, it can be beneficial to supplement with probiotic supplements. […]

For a QSM advanced seminar in Atlanta. I will be back seeing patients Monday morning.

The product of the month is Rosemary Supreme:

Rosemary Supreme was developed by Drs. Michael Lebowitz and Walter Schmitt. Michael Lebowitz states that it took a while for Supreme Nutrition Products to find a source of rosemary that tested (via AK) and performed well in trials.

Lebowitz and Schmitt are also using it to help against auto-immune diseases, such as Chrohn’s, Celiac, Multiple Sclerosis,  Lupus and Rheumatoid Arthritis.

Rosemary also works well against estrogen and estrogen mimickers (such as parabens), that are common cancer causing agents. Unlike cruciferous based products, Rosemary Supreme doesn’t depress the thyroid. I’ve written a lot about parabens, Bisphenol A, and other chemicals that mimic sex hormones. These chemicals wreck havoc on the low back and contributes to low back instability. However, long term exposure will increase breast cancer. While we need to minimize our exposure to these chemicals, Rosemary Supreme will also protect against them. 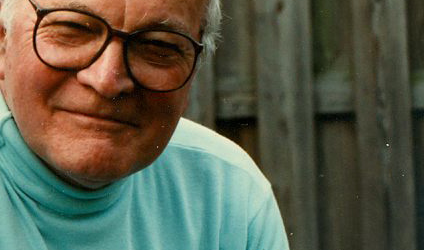 Jordan’s dad passed away on March 31st. He had been suffering from Parkinson’s disease and his passing was not entirely unexpected. We will be traveling to Maryland May 22 and will be back seeing patients Tuesday May 26th. Fred Brown was an intelligent, kind, humorous man who led a very interesting life. He was a foreign […]

Bone Broth Erie Bone Broth LLC produces high quality chicken and beef bone broth made from organic ingredients. Each frozen package is 24 ounces by volume. It is made without any salt added (so make sure to add your own!).         All of our Bones and Vegetables are roasted to maximize their flavors. […]

One in seven people have a genetic defect where they cannot convert folate to its final usable form. Folic acid/Folate is needed to reduce several inflammatory pathways and allergies. It is needed for detoxification, cell repair, inflammation and mood. Chronic deficiencies can lead to heart disease, Alzheimer’s, and Parkinson’s.  5-MTHF is the final usable form and will counteract this deficiency.